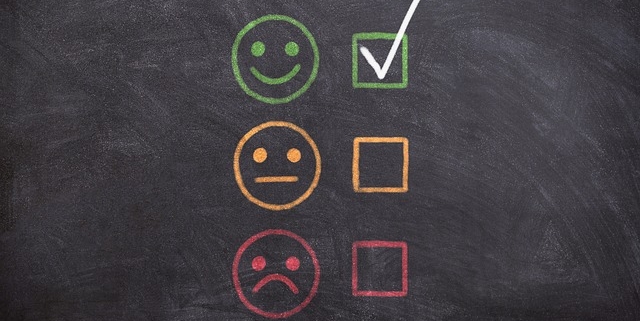 When I worked at Gamesa, we developed a customer satisfaction project that was based on conducting face-to-face interviews with all customers, collecting answers to more than 50 closed-ended and 30 open-ended questions. It was a very powerful project where more than 100 interviews were conducted in 20 different countries. The information obtained was invaluable and we presented it with different segmentations and KPI’s so that business conclusions were drawn from this information and an action plan was launched in order to correct aspects that could be improved or to reinforce things that were very well perceived. This action plan with its results was then presented to the clients who had been interviewed, so that the feedback circle was closed and ready to start another round of surveys. As you can guess, it was a complex project that lasted 18-24 months and involved many people in the company.

The fact is that I tell this not because I am one of the parents of the project but because I remember that 5 or 6 years ago I was in one of the external audits and after telling the auditor all the excellence of the project, he tells me “all that sounds very good but … what is your NPS?”

For me, this story comes to condense the best and worst of the famous Net Promoter Score™ or NPS: it is a simple metric and well-known almost everyone but in turn is able to eclipse the true objective of customer satisfaction surveys.

Before going into further analysis of the NPS, let’s remember that it was a metric published in 2003 by Frederick F. Reichheld, Bain & Company and Satmetrix. It is based on asking the question “how are you likely to recommend our product to a colleague or friend?” with the answer being a scale of 0 to 10 with 0 being the most unlikely and 10 the most likely. The novelty of the metric was the segmentation of the answers and the summary of the results in a final NPS value that only takes into account the highest and lowest scores.

The truth is that seen this way there is no doubt that it is a very attractive metric for its simplicity and ability to synthesize aspects such as brand loyalty, potential growth, customer perception, and so on. And it was precisely this that made the NPS the metric preferred by analysts as it was simple and could be correlated with future growth. This not only caused companies to be measured externally by their NPS, but many companies also used it as an internal metric, often associated with payment of variables or bonuses. And we already know what happens when something is associated with remuneration: what the objective is to improve the NPS as a metric and not the product or service so that the NPS comes out better.

Let’s take a closer look at some of the limitations I’ve encountered when applying the NPS:

What I propose to take advantage of and minimize limitations is to correlate the NPS with some other metric that collects the answers about the client experience.

As explained in the matrix above, this is a good way to check if the NPS segmentation matches the average satisfaction obtained through various questions about the business relationship.

In conclusion, the NPS is a very useful metric especially in B2C companies with a large component of sales by brand but should not become an objective in itself but a tool of a broader project that should be to measure customer satisfaction and perception in order to make better decisions when improving the product or service.

Renewables vs Conventional: the point of no return?
Scroll to top