With the recent announcement of the new Vestas V236-15MW offshore giant, GE Haliade-X and SG14-222 complete the trio that is set to fight for offshore mega-contracts in the coming years.

In this article, we review the state of development of each one and how the race to win orders to accelerate the commercial success of each model is progressing. 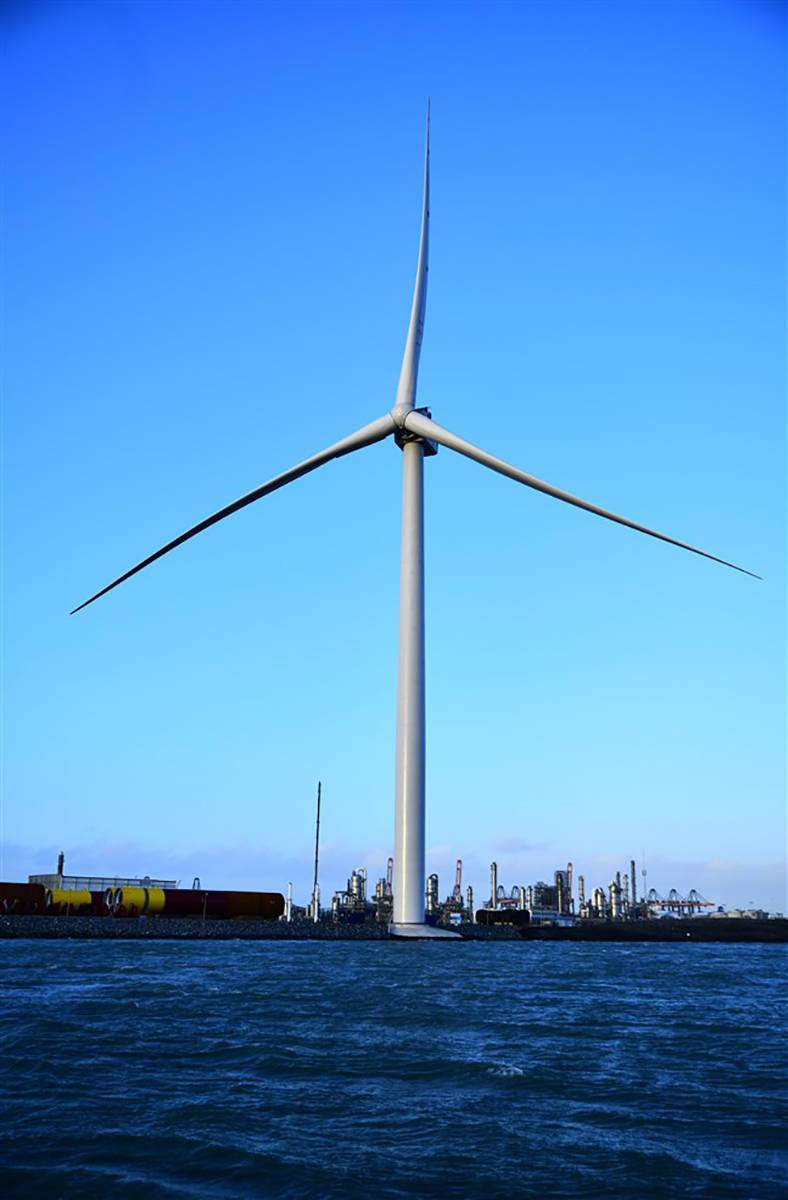 It was the first turbine of the trio to be announced in March-2018 and already has a operating prototype in the port of Rotterdam since the end of 2019. This model is a clear example of the uprating strategy that manufacturers apply to their models as they gain operational experience: it was launched with 12 MW but in Oct-20 it was already uprated to 13 MW and just 2 months later, a 14MW version was announced. There is no doubt that the fierce competition between the 3 models is accelerating this process.

It is clear that one of the strengths of the Haliade-X is that it is well ahead of the other 2 models. It is the only one with a prototype and in fact it has already obtained the type certificate from DNVGL for both its 12 MW and 13 MW versions.

The Haliade-X is a direct-drive design (no gearbox) with a permanent magnet synchronous generator (PMG). The rotor is made by LM and consists of carbon-glass hybrid blades with an estimated weight of 55t each.

Weight is precisely one of the weaknesses of this design, as the nacelle weighs some 685t (49t/MW for the 14MW version), considerably more than its competitors, an indicator that is always directly related to the cost of both the turbine and its transport and assembly.

No doubt being the first is helping it to fill its order book. Its most talked-about contract has been for Dogger Bank, the 3.6 GW mega-project in the UK that will be installed with this model. 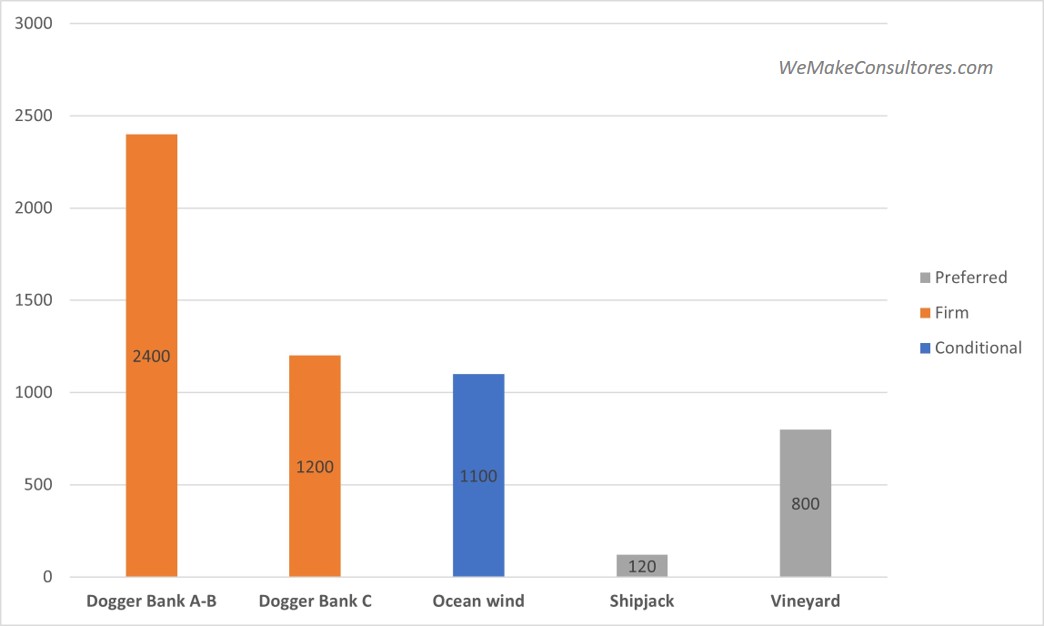 In total, its order book amounts to 5.6 GW but it is the only one that already has 3.6 GW in firm orders. 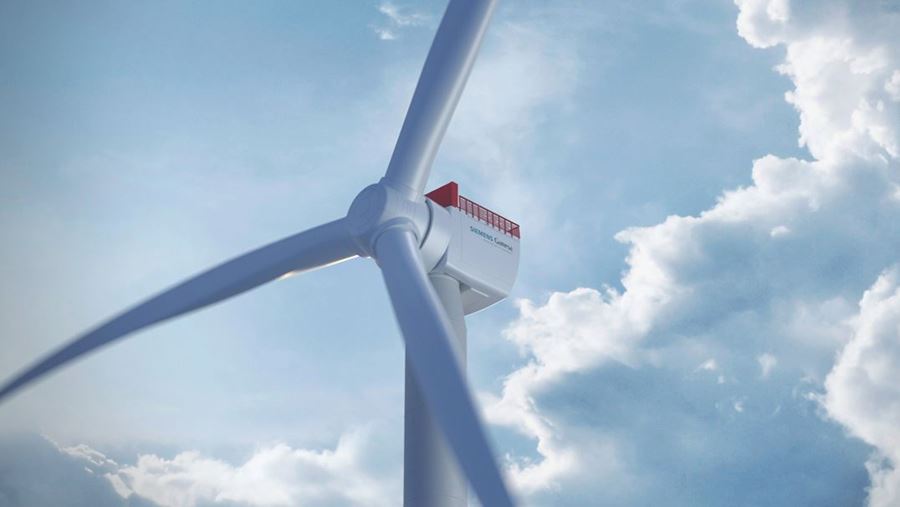 The model was announced in May 2020 and the first prototype is scheduled to be installed this year 2021 in Osterild, Denmark. In fact, a few weeks ago one of its 108m blades was seen leaving the factory.

It has already been announced that the turbine will be able to operate at 15MW under certain circumstances and further increases in power output are to be expected in the future.

The new SG14-222 turbine follows the traditional Direct Drive design of SiemensGamesa’s offshore turbines. Special mention should be made of the 108m blades, the largest ever manufactured, which also follow the traditional Siemens IntegralBlade concept that creates the entire blade in a single mould. Unlike the LM blade for Haliade, the B108 is made entirely of fibreglass (which will probably penalise weight but improve cost).

The declared low weight of the nacelle is very relevant. At only 500t, it comes to 35.7 t/MW for the 14MW version and an incredible 33.3 t/MW for the uprated 15MW version.

Despite starting commercialisation more than a year after the Haliade-X, SiemensGamesa has leveraged its status as the undisputed leader in the offshore market and, thanks to its experience, competitiveness and customer relationships, has already secured 7.4 GW of orders at various stages of maturity. 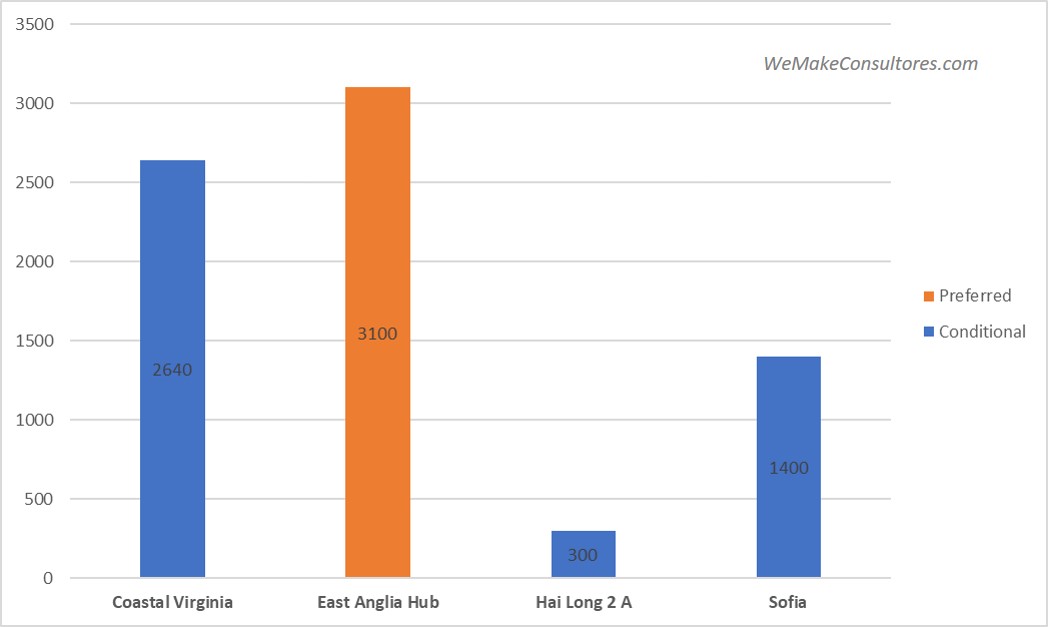 Its largest deal to date has been the 3.1 GW East Anglia hub with Iberdrola. We will see if, like Haliade with Dogger Bank, the final turbine output is increased to reduce project costs.

The latest to join the trio is the Vestas turbine that was announced a few weeks ago. The truth is that it arrives quite late and that will be a major handicap in its first years of life. It seems clear that the JV with Mitsubishi has delayed plans and until Vestas has regained full control of the offshore business, the new model has not been launched. 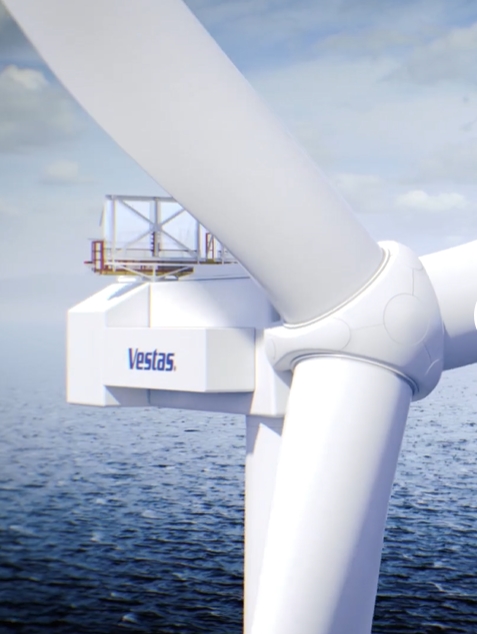 Despite the delay in the announcement, it appears that the development plans are quite aggressive as they plan to have the prototype operating in 2022. This will mean 1 year behind SiemensGamesa and 2/3 years behind GE.

Vestas is the only OEM of the 3 that opts for the medium speed gearbox and PMG generator option. This is a solution that has worked very well in previous Vestas models and that, for example, Adwen’s AD8-180 model had.

The dimensions of this turbine are massive: 115m blade, 15 MW of power, swept area of 43,742 m2 (here I will spare you the equivalence with the number of football fields)…

No orders have been announced for the moment, but the strategy is sure to be aggressive in order to fill the portfolio and ensure the fastest possible learning curve. 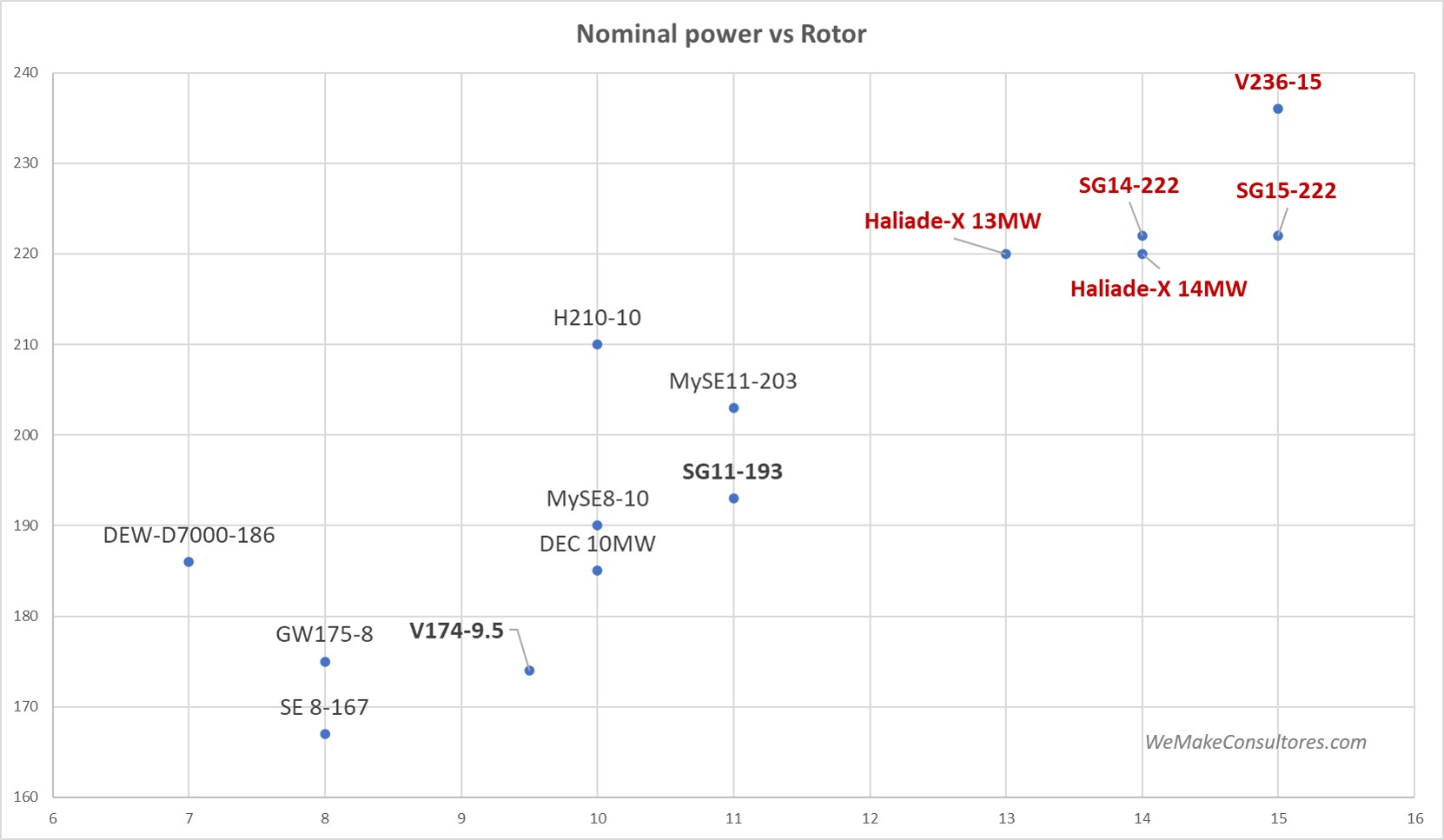 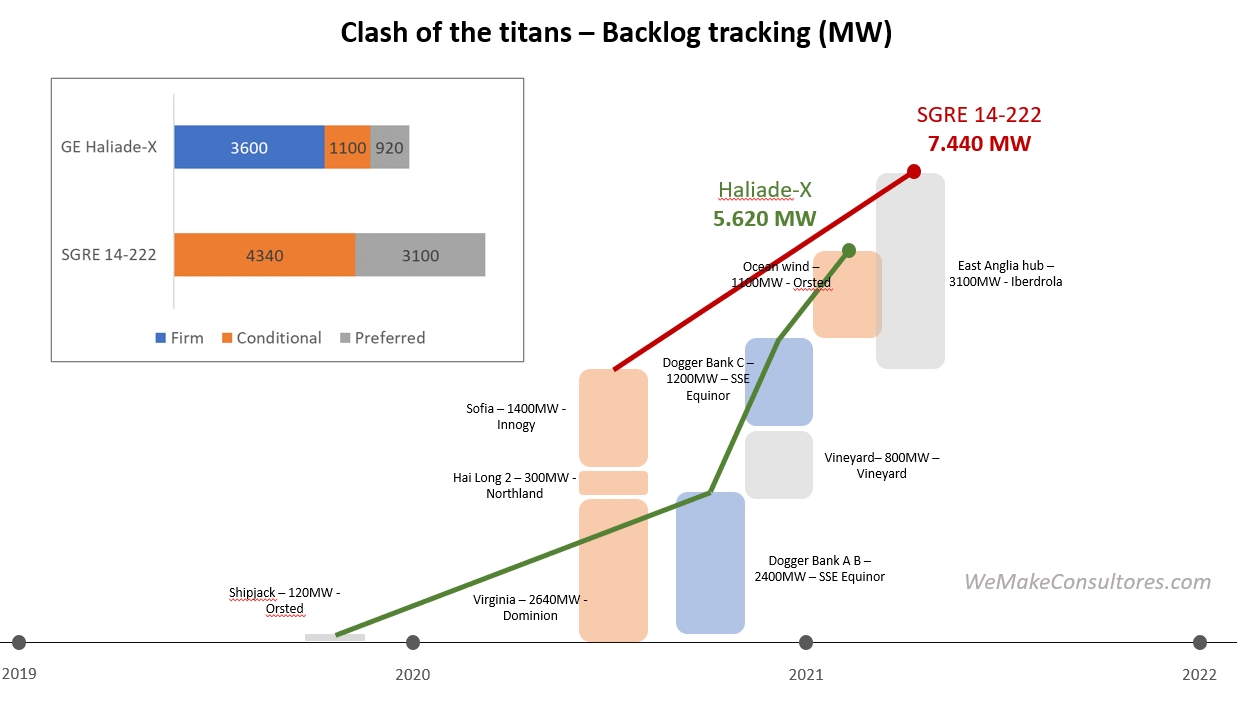 Vestas’ announcement will no doubt have been received with great joy by the offshore developers who will see increased competition between manufacturers and will thus be able to negotiate better contracts. As for the manufacturers, all 3 are making a big investment and resource commitment to position themselves with models that will be competitive over the next 5-6 years. GE’s commitment is double, as it is the one with the least experience and yet it is going to lead the way. Exciting years lie ahead for offshore. 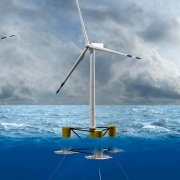 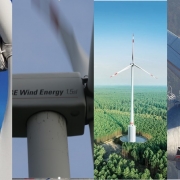 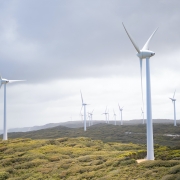 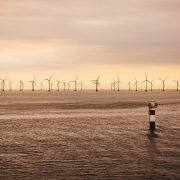 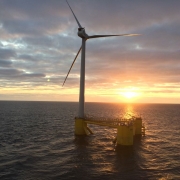 All about the first renewable auction in Spain